Again life happened and the resolution to post regularly died a sad silent death. It’s been so long since I last posted I forgot my username and password. Time for a life update and another attempt to revitalize this blog!

To say that much has changed would be a huge understatement. Let’s see, some highlights since my last post in December (of 2016??):

And the most wonderful highlight of 2017:

The whole delivery was ridiculously fast. Priscilla went in because of some light bleeding. She didn’t really have any contractions, but we just wanted to be safe. Checked in around 6:30 pm, contractions started picking up and becoming regular, and made a little change by 8:30 pm so hospital decided to keep her. She was admitted around 9:30 pm and close to midnight the baby was ready to come out. 2 pushes later, enter baby Cody!

She progressed so fast that there was no time for an epidural. Her primary OB didn’t even make it (I was ready to jump in there, but thankfully there was a backup OB). That was basically Priscilla’s worst nightmare, but she pushed through it like a super champ (yes on the pun!). I’m so proud of her and amazed at her strength. The end result? 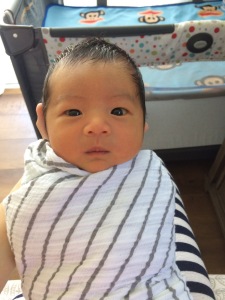 Well, at least a week later after he has been cleaned up, fattened up, and most of the jaundice had gone away. 1st days he looked like this: 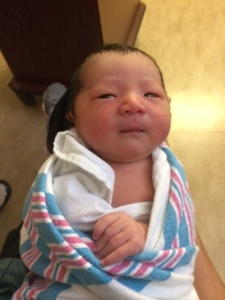 2017, and particularly the last several months, has been a huge whirlwind of activity and it took finally being on paternity leave to have some space and time to reflect. And sadly, very shortly after Cody was born, Ansley caught Hand Foot Mouth Disease from daycare, and unselfishly shared it with me (we’ve been working on this).

Thankfully she bypassed the oral lesions and her hand and feet lesions didn’t hurt. Luckily, I caught the whole package deal. And I have to say these ulcers and blisters hurt like a motor scooter. As the lesions spread from my mouth to my hands and feet, making each bite and step excruciating, I couldn’t help but think of Job 2:7-8

So Satan went out from the presence of the Lord and afflicted Job with painful sores from the soles of his feet to the crown of his head. Then Job took a piece of broken pottery and scraped himself with it as he sat among the ashes.

Now obviously it’s not that bad but it has been quite miserable this past week. And as much as these lesions hurt, what has been so much harder has been not being able to hold my new baby and be with Priscilla in these early days. Sorry Priscilla that I haven’t been able to be there for you. And I know how painful it has been for you to have to turn Ansley away too.

Not to all of a sudden get too preachy, but I think through this I understand a little bit more of the immense suffering of hell. Whatever physical pain there may be, I suspect it will not compare to the emotional pain of being separated for all eternity from our heavenly Father, with whom we have been created for deep, intimate relationship.

I’m off the soapbox now. Thanks for reading and would so appreciate your prayers for Ansley and my recovery, and for Priscilla’s and Cody’s continued health. Please pray for my anxiety too as I know what doctors do to babies less than 28 days old with fevers. 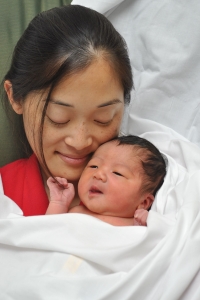 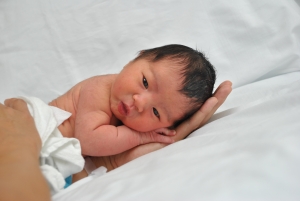 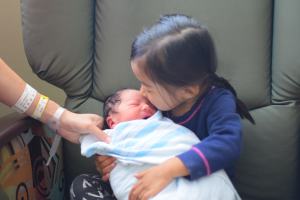 Looking back, Ansley was probably the most contagious here…

I would love to hear from you! Please comment or email me at familydocjack@gmail.com